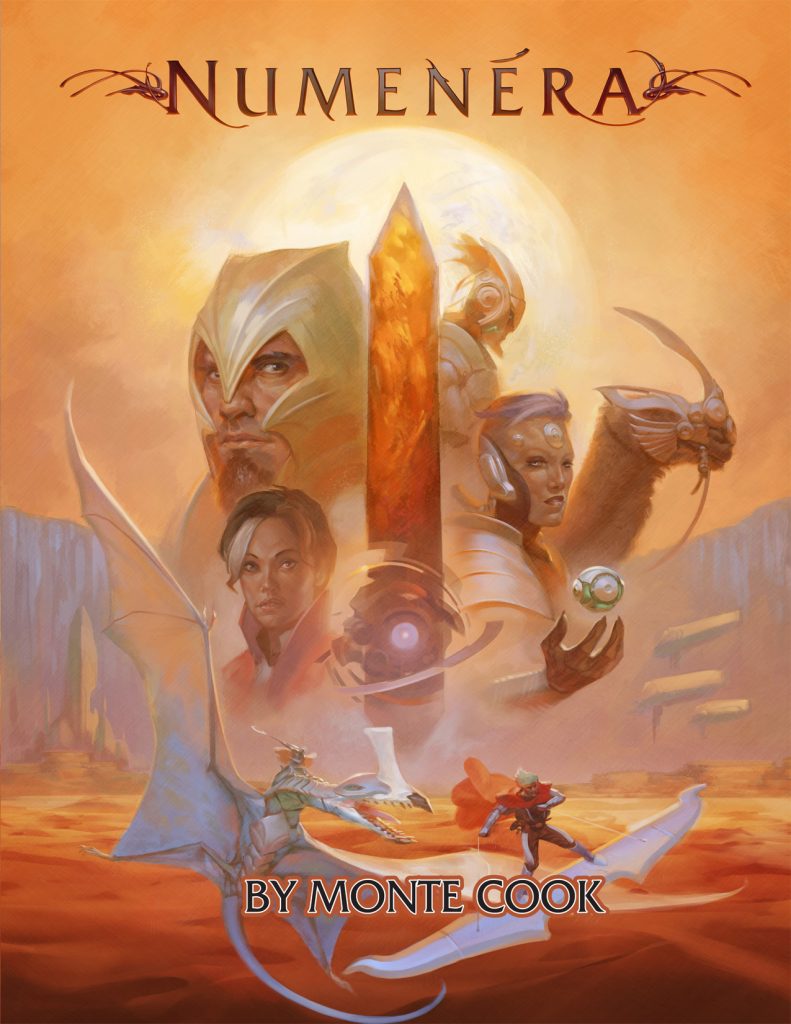 Jacks are intrepid explorers and adventurers. They are jacks of all trades—hence the name—although the word also hearkens back to fables involving a wily, resourceful hero who always seems to be named Jack. Used as a verb, “to jack” means to steal, to deceive, or to get out of a tight scrape through ingenuity or luck.

Jacks don’t use one skill or tactic exclusively; they use whatever weapons, armor, esoteries, or anything else that might help them. They are hunters (particularly treasure hunters), con artists, skalds, rogues, scouts, and experts in a variety of fields.

One famous jack is Crimson Tellach, an expert in both the numenera and the finer points of combat. She lost her hand in a battle with a jiraskar, but replaced it herself with a solid light emitter that allows her to create a temporary hand, weapon, tool, or anything else she needs.